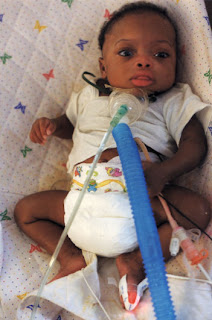 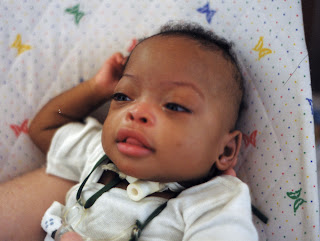 Our big backyard is totally natural. Oh, those weren't my hopes for the backyard. I pictured a big deck off the back of the house, flower and vegetable gardens and a huge play area for the kids.

Well, that didn't happen, largely because of financial reasons, not to mention time and energy lack. If you have a large adoptive family like we do, you'll understand that.

When we built this home in 1995 the county government made us take down all non-native trees and shrubs. You used to be able to see into the back neighbors and side neighbors' yards. And it probably would still be that way if we had had the money to actually plant grass and flowers and shrubs to enjoy from a deck we don't have either.

Luckily, nothing can hold back these "Non-native species." We've let them grow back on the fringes of the yard, so that now we have a lovely natural fence, and a very private back yard. I'm sure there are people who would walk into my yard and say, "Why don't you cut down those Brazilian Pepper tress?" "Why don't you put down some sod?" But I don't care if that ever happens.

I've learned to look for the beauty in the weeds...the things that "aren't meant to be here." Mostly by walking Jack, our pup, while he looks for just the perfect place to deposit his poo. Then, this past summer, our mower was broken, so the yard didn't get mowed until September. My husband was upset, but I was in heaven.

The western half of the yard was filled with a lovely dark green "non native" ground cover that produces little yellow flowers shaped like daisies. Like a meadow. I would have been just as happy if they were dandelions, but we don't get those here like we did up north.

Jack and I made our own worn paths through the jungle. I came to love each species of non native plants and trees. And the butterflies just loved the yard. It became magical.

Then my husband decided that we were going to have to fix the mower, and we splurged on some new parts and he got it running in September. I tried to talk him into just mowing paths through the backyard and leaving all the "weed" in place for my enjoyment, but, no, they had to be mowed back. My yellow flower ground cover was lost, but he hasn't gotten the chain saw fixed yet, so I can still enjoy the trees and bushes.

I guess it's the same way with how some folks look at people with disabilities. That they are "weeds" and an inferior species. Those people are missing so very much.

The little "weed" above is Taylor, who was to be our last baby in 1993. She was born with spina bifida, just like the two boys right before her, and had a shunt in her head. What a little sweetie! Not a lot of prospective adoptive families for he, but our weedy family loved her.

When she was a month old she was sitting in the baby swing and I looked over to check on her and she was very, very still, but her eyes were open. I said, "Oh, My God!" and got her out of the swing and put her on the kitchen counter,and checked but she was not breathing and had no heartbeat. Luckily I knew infant CPR from my older boy, Will, who had a trache as an infant until age 4 1/2. I got started on her while my husband called 911. At the hospital they stablized her and she came home ion a couple days.

Unfortunately, that wasn't the end of the arrests. At first it was just once a week, but as the months went on it became a daily thing, and then several times a day. Most times it was just respiratory arrest, and bagging her would do the trick. other times it was cardiac as well.

None of those things stopped the arrests. After the last big hospitalization when she was 6 months old, the MDs decided that I could not bother calling the paramedics and just take care of her at home, unless I couldn't get her back. Taylor also had Arnold Chiari syndrome, where the brainstem is pushed down too far toward her spinal column, and they finally figured out that that part of her brain that controlled her breathing and heartbeat was damaged. She wasn't stable enough for the surgery to correct it. I think they just wanted her to die, but I welcomed the chance just to keep her at home.

By then our living room looked like a mini ICU. Her full crib was in there, as well as her ambu bag, suction pump, and IV pole with the formula bag hanging from it, and the O2 tank, the nebulizer pump, the heart monitor/alarm, the Sat sensor on her toe and accompanying SAT alarm, the breathing treatment equipment and so much more.

By the time she was 8 months old in April,1994, she was going into respiratory arrest several times a day. Just moving her or bathing her could set off an arrest. Then she got pneumonia again and died in my arms, exactly one year from they day that our 4 month old Rebecca died.

Was she a "weed?" Not to me, not to my other children or my husband. She was a magical little girl, full of beauty and great smiles. She had a sweet personality, and we loved her as much as we loved our other children. A rose.
Posted by Dusty Hart at 12:52 PM

Oh, Dusty, what a lovely tribute to a beautiful flower in your garden. :) I bet you miss her (duh). ;)