The Polygamists' Children and CPS 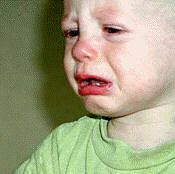 I guess most of you have read the story of the 400+children removed by CPS amidst charges of child abuse. If not, read it here.

I think this case shows the absolute stupidity of the system. Even if there are cases of child abuse that can be sustained, do they not even give one thought to the welfare of these kids?

And what is the state going to do with 400+ kids suddenly thrown into the system? Put up a tent city? Thrust the children into foster homes? I don't think so, these homes are already overcrowded.

And what about the little people? So Daddy abused a kid. Yes, that's horrible, but I have to think that in a polygamist marriage the mom would have been brainwashed or afraid to argue with the husband. Why not just leave the children with their moms? And work with them on unbrainwashing them? Provide supervision, even pay for staff to stay there and help them and report back. Make them attend their so called "parenting classes." Whatever, but FIRST do no harm.

Yes, physical and sexual abuse are HORRIBLE...but removing a child from the mother he is bonded to and throwing him into a home with strangers WILL CHANGE THAT CHILD FOR LIFE. CPS is once again destroying kids. Think of your own child and how terrible it would be for him/her to be forcibly removed from your home and stuck in foster care. How much pain does that give you? Well the pain the child feels is 100% worse.

I can't believe that all of the moms involved participated in the abuse. I have to think that leaving the kids where they were and working with the moms would have been a MUCH better thing to do.

Your comments?
Posted by Dusty Hart at 10:11 AM

I've been thinking that since it happened. I guess they believe they can get more truth from the kids if the moms are not present, but were I the kid I'd say whatever I thought would get me back to my mom. I have a 3 year old who fabricates the most amazing stories - her brother fed her to a shark yesterday and now she's dead - how will they know what the truth is? What good can possibly come from this separation?