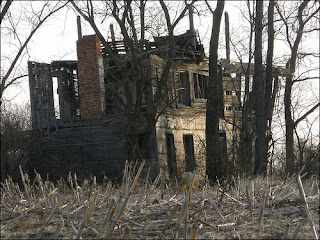 Well it does seem like we will have to board up the window between the kitchen and the family room. Jeremy pulled out another post and was able to squeeze his 15 year old body through and steal stuff from the kitchen. And again, upon being caught he went on a rampage.

Yesterday I don't even remember what set him off. But he did a great job of ripping up the playroom bathroom. Tore the toilet seat off, ripped down the shower curtain, etc.

I don't even know who knocked down the framed picture of Ethan, our late son, and the already beaten up framed print over the loveseat. But it was Jeremy who threw a shoe at his ceiling light and busted that.

The state has "tiers" of need for developmentally delayed kids, and those tiers determine how much help a child gets at home. We got the new tiers the other day and Jeremy is only the lowest tier-the one where kids who need the least services are. This after we had put in for a one on one at home to follow him around and prevent him from doing all this damage. I guess that is off the table now.

Is it worth it to keep trying to have a nicely decorated hole-free home? I'm not talking showcase decorating here. Just a status quo decorating. I've seen homes in really poor, tough neighborhoods that had nicer interior rooms than mine. You know, a couch and a loveseat, a recliner, an end table and a coffee table. A couple lamps, some framed prints on the walls. A floor that hasn't been torn up bit by bit, doors that haven't been kicked in...

All it takes is one little devil. We've got two. Love them both, but come on guys!

This is why my grandsons refer to our place as "The Broken House."
Posted by Dusty Hart at 12:00 PM